Be the best singer you can, but don’t forget there’s more to life

For some people being a famous singer or being in the best choir in the world or making a hit record or singing a piece perfectly in competition is the be-all and end-all. 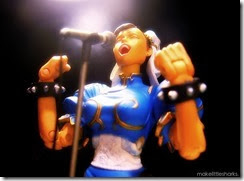 But if you take it too seriously and it doesn’t work out for you, then what? There is more to life than just singing!

what do you want to be when you grow up?

Some people know what they want to be from a very early age. Then they try to achieve it. It becomes their life’s passion, meaning and purpose.

The four-year-old dreams of being a dancer and grows up to become principal ballerina at The Royal Ballet.

The five-year-old fantasises about playing soccer internationally and grows up to become a professional footballer with Manchester United.

In fact, it seems the norm today to want to excel and become famous rather than just doing well. Most X Factor contestants talk about becoming megastars, of getting Grammy awards and of selling multi-platinum albums

It is not enough for them to have other people appreciate their singing, enjoy their music and attend their concerts. They need to go from zero to hero, nothing else will do. Their dream and need is all-encompassing and over-powering.

“This is my last chance. If I can’t do this I don’t know what I’ll do with my life. It’s so important to me. I live and breathe music.”

do you have to be single-minded?

Many people think they need to have an all-encompassing, overriding passion for just one thing in order to succeed.

Maybe that’s the case with virtuoso concert violinists (or other skill-based occupations), but then again there are professional concert players who reach a very high standard who can turn their hand to many different things.

And there are those who are equally successful at a series of very different things during their lifetime.

I once knew an amazing woman who started off as a dancer. Then she had an accident and lost a leg. So she re-invented herself as a singer, singing teacher and workshop leader.

Contrast that with the young rugby player who got injured and ended up taking his own life because he could never play rugby again.

Or the guy who used to live in the flat below me in London. He’d been big in the print union and worked for years in the newspaper industry in Fleet Street. Then he retired and didn’t know what to do with himself. He used to ‘take the dog for a walk’ to the pub every day and drown his sorrows. He was dead within six months.

don’t be a one-trick pony!

Yes, maybe we need to be single-minded and totally focused at particular moments, but not to the exclusion of all else. Stand back and enjoy the scenery now and again. Don’t become a one-trick pony or a workaholic. Recognise the multitude of your potential skills and talents.

The best and most creative people I’ve ever worked with are those who have a rich and varied background, not those who’ve focused on just one thing from an early age.

“For a point of view to be of any use at all, one must commit oneself totally to it, one must defend it to the very death. Yet, at the same time, there is an inner voice that murmurs: ‘Don’t take it too seriously. Hold on tightly, let go lightly.’”

It’s all about balance.

Two approaches to choirs and singing: specialist or generalist?
Are you a dilettante jack-of-all-trades or do you know a lot about just one thing?

Putting the hours in – are singers born or made?
All about focusing on the one thing you want to be good at and practising, practising.