Singing in a group is a learnt skill – if you find it hard, it doesn’t mean you can’t sing

Many people won’t consider joining a choir or going to a singing workshop because they believe they can’t ‘sing’. 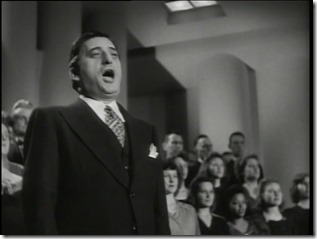 Yet ask them to sing something familiar like Happy Birthday and they have no problem. What’s going on here?

Some people seem to have difficulty learning new songs in a singing workshop or get put off by the other harmonies. Yet when you hear those people singing on their own they can reproduce a melody accurately.

Some people think they can’t ‘sing’ but when asked to sing something familiar like a nursery rhyme or Happy Birthday they don’t have any problems.

Some people never seem to raise their voice in choir (there are some people I still haven’t heard properly after many years!), but when they sing a song they know well their beautiful voice soars.

The fact is, singing as part of a group – especially in harmony – is a learnt skill and doesn’t necessarily come easily. Also, in a group, some people will learn songs more quickly than others. For some singers it may take several months before a song has really bedded in and they feel confident to sing out.

When leading a group – particularly open groups where there is no selection – we’re constantly trying to unite a set of people with different needs and different levels of experience.

We usually manage to strike a reasonable balance, but sometimes it might seem to a particular singer that they’re getting left behind, and that can put them off and even lead them to believe they can’t ‘sing’.

What can we do about this?