Ann read my post The six qualities need to be a good choral director and it sparked off a quite a rant. 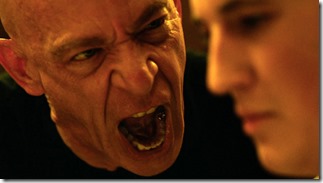 She has obviously had a bad experience. I thought I would share it with you.

leading by fear (and not encouragement)

There are lots of bad choir directors out there (and lots of good ones of course).

There are those who shout and get angry at the slightest thing – a wrong note, bad timing, a hot rehearsal room.

There are those who are full of ego and think the singers are just there to help them show off.
There are those who think the music is far more important than the people who make it and treat them like shit in order to create the ‘perfect’ performance (as if that’s ever possible).

Have you seen the movie Whiplash? You should. It’s a classic example of a director/ teacher who thinks that the end justifies the means. He abuses and screams at the person he’s coaching in order to “help bring out the best in him.”

Some people like being shouted at (not me). I took over a choir once and several people left because I wasn’t as strict as their previous leader. They were used to being shouted at so had come to believe that was the only way to learn. I guess they’d picked it up at school.

People often ask me how I can be so patient. I respond by asking “What’s the alternative?” Shouting, getting angry and frustrated? I don’t want my singers to perform or learn out of fear, but out of gentle encouragement and belief in their abilities.

why people stay with bad directors

If I was Ann, or any of the many other choir members who have told me similar stories, I would be off like a shot. Why would anyone want to stay with someone who abuses them and gives them a hard time?

Sometimes people stay because it’s the only thing they know (remember those people who left when I took over the choir?). They assume that ALL choir directors (and teachers) are rude, brutal and abusive. They think they can only learn whilst being stressed and in fear.

Well, let me tell you, this not right. There are plenty of good choir directors out there who are decent human beings and will treat you well. More than that, you will actually have fun singing!

Don’t stay in a bad situation, check out the other choirs in town.

Some people think that ‘geniuses’ are always a bit difficult. We all know the stereotype of the awkward actress or the prima donna opera singer or the angry orchestral conductor. The end justifies the means, right? Just put up with their difficult nature because they always deliver the goods.

And besides, really creative and talented people are always a bit ‘difficult’ aren’t they?

There are plenty of excellent leaders and teachers out there who are creative and talented, but who encourage and help. They create safe spaces where people are encouraged to explore and develop. Don’t put up with a ‘genius’ throwing a tantrum, there are always alternatives.

Some people stick with an abusive choir leader because it’s the only game in town. Perhaps there are no other local choirs or the repertoire is particularly appealing. Please don’t stick around and let them get away with it.

Ann’s story (or how to be a bad choir director)

When the choir leader loses his temper and yells “AREN’T YOU LISTENING!” then angrily repeats the information … it’s time to consider quitting.

After this terse and embarrassing moment, I learned that others had the same question as I did. He had not been clear.

The director assumed that all questions were from people who were not  listening!

Therefore, I think the most important quality in a choir director is RESPECT for members, regardless of what seems rude, stupid, etc.

I do hours of computer work for this director, but this one session of being yelled at prompted me to leave him a message afterwards saying that I was very angry and had no intention of staying on in the future if it happened again.

This director uses many of us as ‘heads’ of sections, but has a white knuckle grip on it all and we  have no power to help him without his often SLOW input.

I am to lead the Alto sectionals but he enters every time to take over.

Other choir members have told me that there was a good session once … when he did not turn up!

So … Mr/Ms Directors, take a breath, roll you eyes, if you are angry … but be respectful.

Another no-no:  If you hear someone is off don’t stand the whole section up and point out who the culprit is. Walk past each singer  and LISTEN before you decide who is off.

Also own up to YOUR OWN GOOFS … if you just counted the piece in 4/4 and it was 2/4, don’t announce that “All You guys had your entries off.”

😉 well I feel better now. Thanks for listening!

I do hope you’ve not had a bad experience like Ann, but if you have, do drop me a line as I’m always happy to share!

Avoid toxic choir leaders – the end does NOT justify the means

How to tell if your choir leader is rubbish