Why learning songs with foreign lyrics need not be scary

I teach songs from all over the world, often in foreign languages. But people are always asking me for more songs in English. 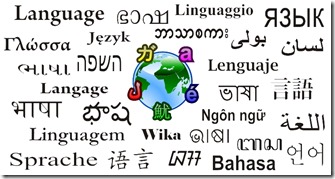 Why is this? Especially since singers usually find the songs with English lyrics harder!

why do singers want songs in English?

I’m guessing a bit here, but I reckon these are the most obvious reasons why singers might prefer to sing in English. See also Why can’t we sing more songs in English?

It turns out that none of these needs to be an obstacle.

It’s not necessarily easier to sing in English (see below); the ‘lyric police’ won’t be coming to arrest you if you get anything ‘wrong’; foreign lyrics aren’t intrinsically hard, just maybe unfamiliar; you don’t need to understand every individual word in order to sing a song – the overall meaning will suffice (see Singing what you mean and meaning what you sing); there is no need to be able to speak the language you’re singing in: just learn it by rote (see How to sing a song in a foreign language).

the problems with English lyrics

Singers may think that singing in English is easier, but it actually throws up quite a few problems.

the advantages of learning songs with foreign lyrics

Believe it or not, there are many advantages of singing songs in a foreign language, even if you think it’s going to be harder.

what puts you off singing foreign songs?

Are you one of those singers who panics at the thought of learning a song with foreign lyrics and prefers to sing in English? I’d love to know why! Do drop by and leave a comment.

Get more posts like this delivered straight to your inbox!